To those of you who don’t know about the Inktober Challenge it is where you must try create a series of drawings [one every day] over the month of October in Ink following the prompts given at the start. Mab’s Drawlloween Club is the same process but a different version as you can create art in whatever form for this one and with a different set of prompts each day. Both a great way of artistically challenging yourself to create something new everyday.

For the last few years I have tried to keep up with this challenge and made my own pieces for each, however this year I decided to take on a combined prompts challenge as I was worried I wouldn’t be able to keep up with two pieces each day with my other work on.. And so here is the final installment. 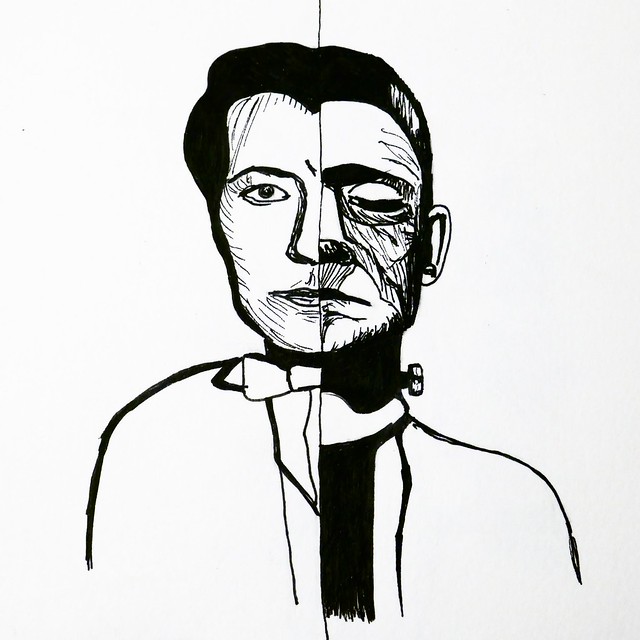 So who is the bigger monster: The Creature or Frankenstein who created it?

“If I cannot inspire love, I will cause fear!”
Mary Shelley, Frankenstein 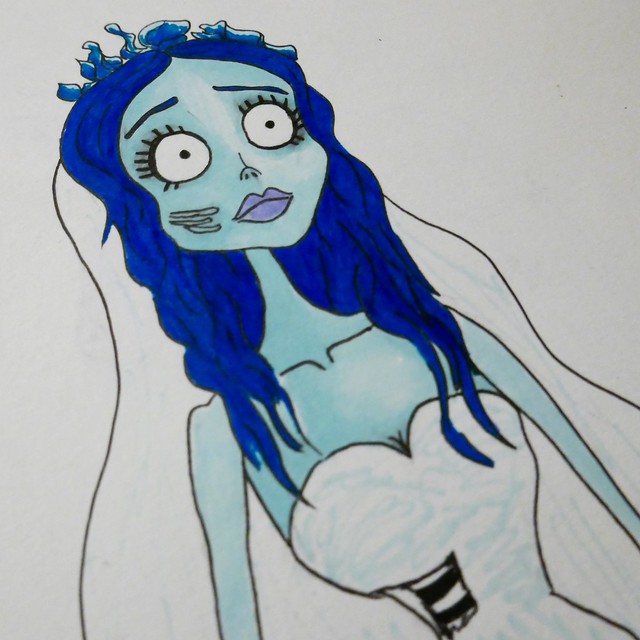 This Bride from Tim Burton’s ‘Corpse Bride’ has got to be one of my favourite Brides of film. When she jolts awake as the living dead Emily brings the colourful world of the dead to Victor and so jolts his life awake too.. I wanted to create a much more elaborate drawing but got pumpkin carving and lost track of time so here she is the wonderful Corpse Bride! 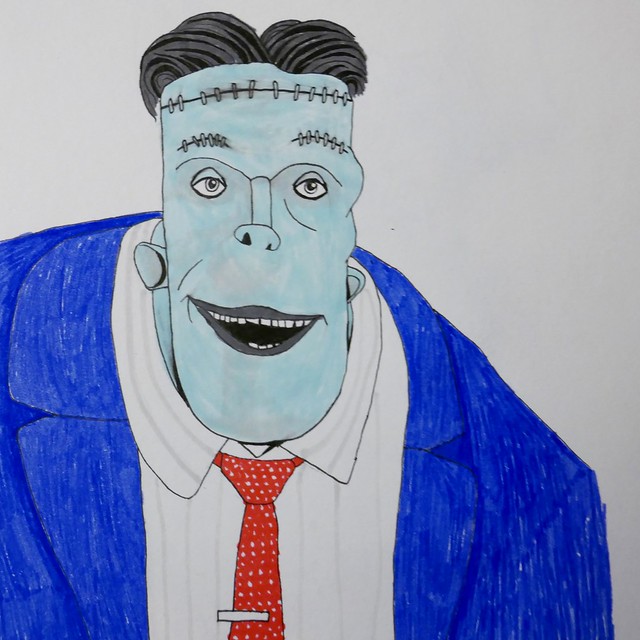 Since I’ve already drawn Mary Shelley’s Frankenstein (in part) the other day I decided today to draw the Hotel Transylvania franchise Frankenstein. A much more comedic sliced up and stitch back together character created here with various pens to colour and fineliners to line.

Overall the brief for the drawing challenge this year has been really interesting as it has really pushed me to complete the work each day and create something even with my busy everyday schedules that I have. It was great to try and think of new things to draw and find the things that have inspired me [such as film characters]. If you are in a creative rut or want to come up with new ideas and things to draw you should try out a creative challenge such as this one which pushes you with the everyday.