To those of you who don’t know about the Inktober Challenge it is where you must try create a series of drawings [one every day] over the month of October in Ink following the prompts given at the start. Mab’s Drawlloween Club is the same process but a different version as you can create art in whatever form for this one and with a different set of prompts each day. Both a great way of artistically challenging yourself to create something new everyday.

For the last few years I have tried to keep up with this challenge and made my own pieces for each, however this year I decided to take on a combined prompts challenge as I was worried I wouldn’t be able to keep up with two pieces each day with my other work on.. And so here is the third installment, [come back each Wednesday Morning to see the next week lot of work] if you can’t wait for the next follow my Instagram fwright95 to keep up-to-date with it all! 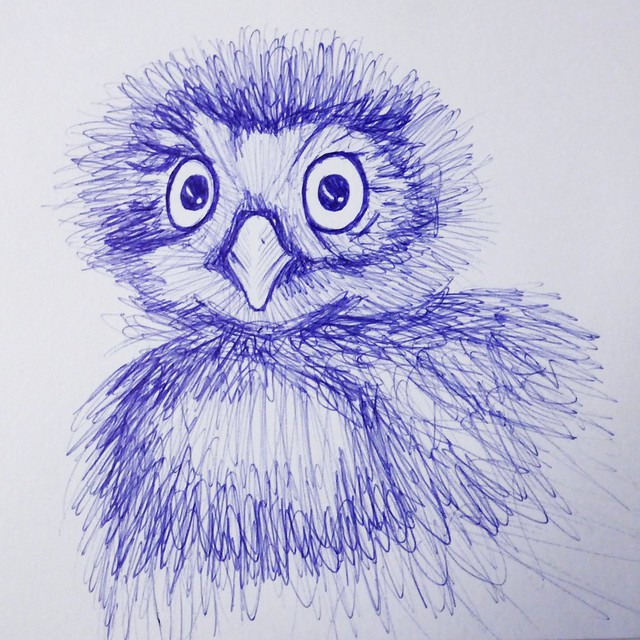 Creating the most ‘weak’ form of the owl as a baby, lots of beautiful fluffy feathers to this little ball of cuteness that makes the creature far stronger than you would imagine ^-^ And in Biro: the greater means of working with a more scratchy and sketchy form of shading than fineliners. (or for me anyhow) 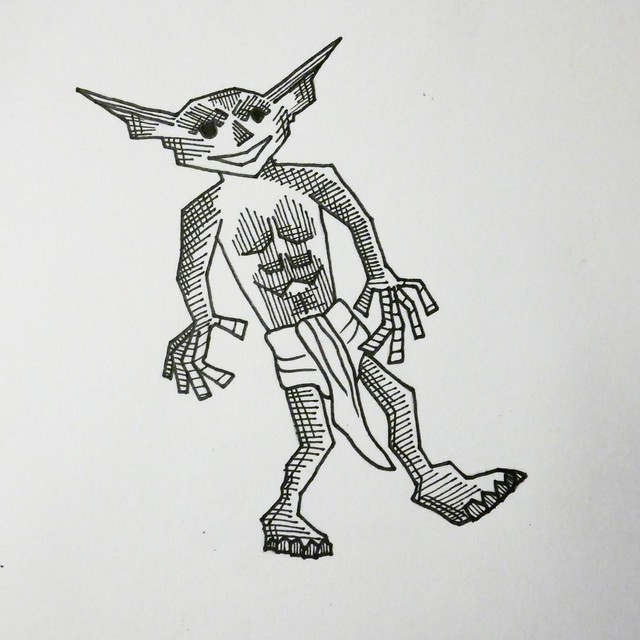 Today was a challenge to draw a goblin in all sharp corners and lines of the angular.. And this is what I came out with. Primitive but interesting to try out things I would never otherwise think of doing. Although I do love some hatch shading! 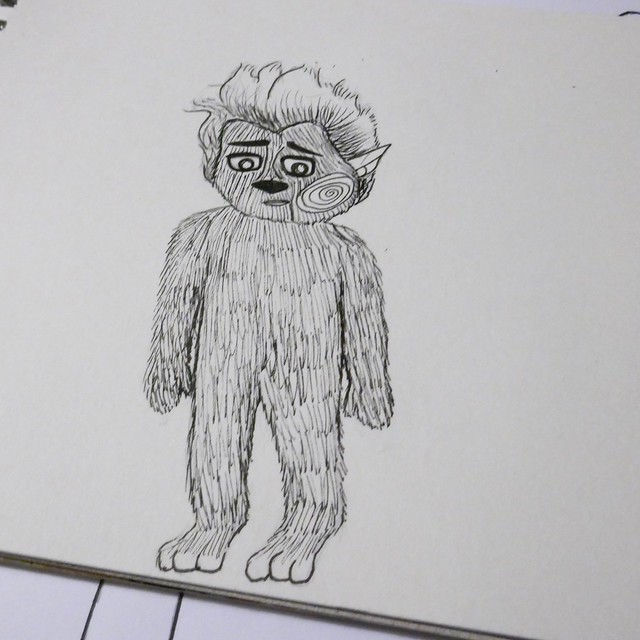 Now as soon as I saw images of Max from ‘Monster Family’ he has stuck in my mind in his adorable werewolf and he totally inspired today’s drawing as a little werewolf caught with a swollen mouth after biting a nearby bee, something he won’t be repeating anytime soon! 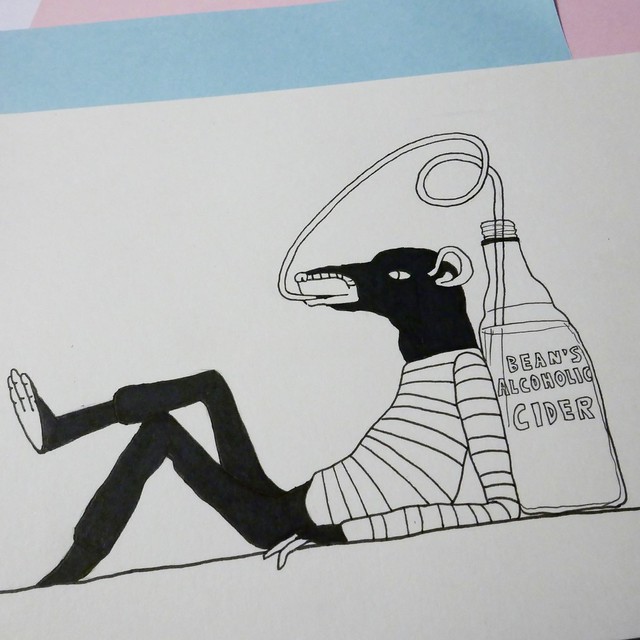 This is another piece inspired by a film, This time Wes Anderson’s beautiful ‘Fantastic Mr. Fox’, a wonderful stop motion animated film of the famous Roald Dahl Novel by the same name. And of course when I saw today’s prompts I thought of this brilliant Rat character who we see drinking his way through Bean’s Alcoholic Cider.. A film I would definitely recommend that you check out if you haven’t seen it already.

– drawn with black fineliners and sharpie – 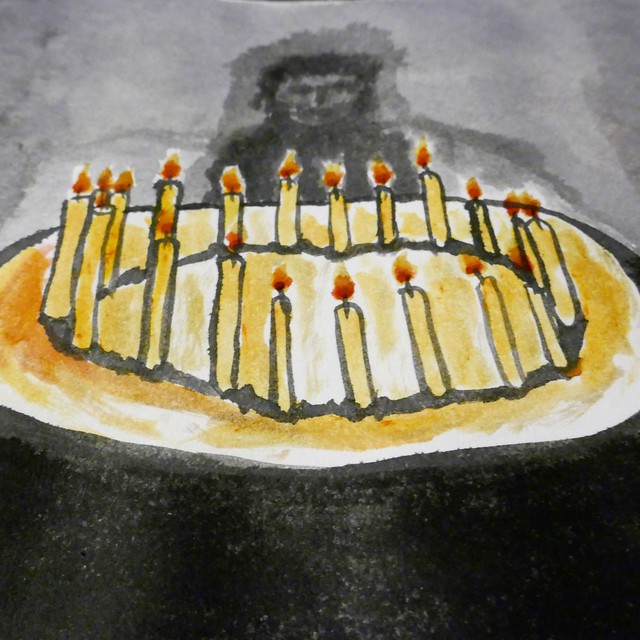 Created freehand with Chinese and Drawing Ink I made this little drawing of a seance, burning candles and all as we hope this dark figure means no harm. 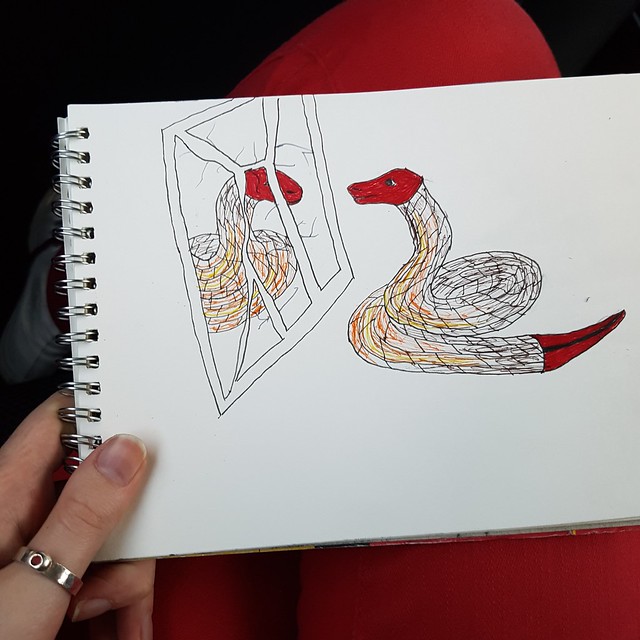 Sorry this one is a little sketchy.. Ended up having to draw this in a car journey. But this little snake is at odds seeing his reflection in this broken mirror..

– drawn with black and colour fineliners – 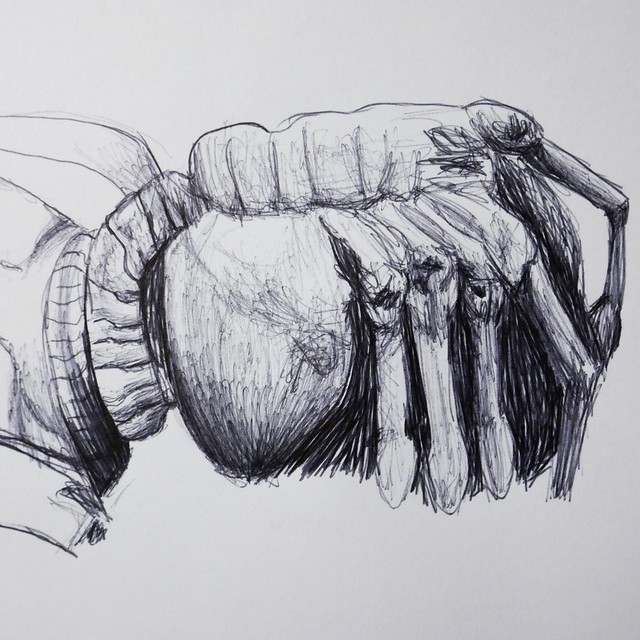 The combination of such prompts made me think of the famous Alien Films and particularly the Facehuggers draining the life out of the poor victims.. A very vivid image made with creature that still comes to audience’s minds nearly 40yrs later..