This is a really wonderful exhibition, emphasized by the great numbers of people who have been attracted to this show that lead the exhibition to be kept open longer than originally planned.

When I initially spoke to Wes’s team, they were excited by the idea of being able to give the film’s beautiful sets a second life as standalone artworks to enrich filmgoers’ experiences. From each little miniature Japanese newspaper to the delicate swirls on the dogs’ fur, it’s been such a joy providing a platform to share the meticulous detail the set designers and puppeteers went to in order to deliver Wes Anderson’s vision of Japan. (Tommy Tannock, of The Store X)

I myself found the show to be wonderful, getting to see each of the sets and puppets on display in the beautiful skilled details that go into the work of a stop motion animation film. 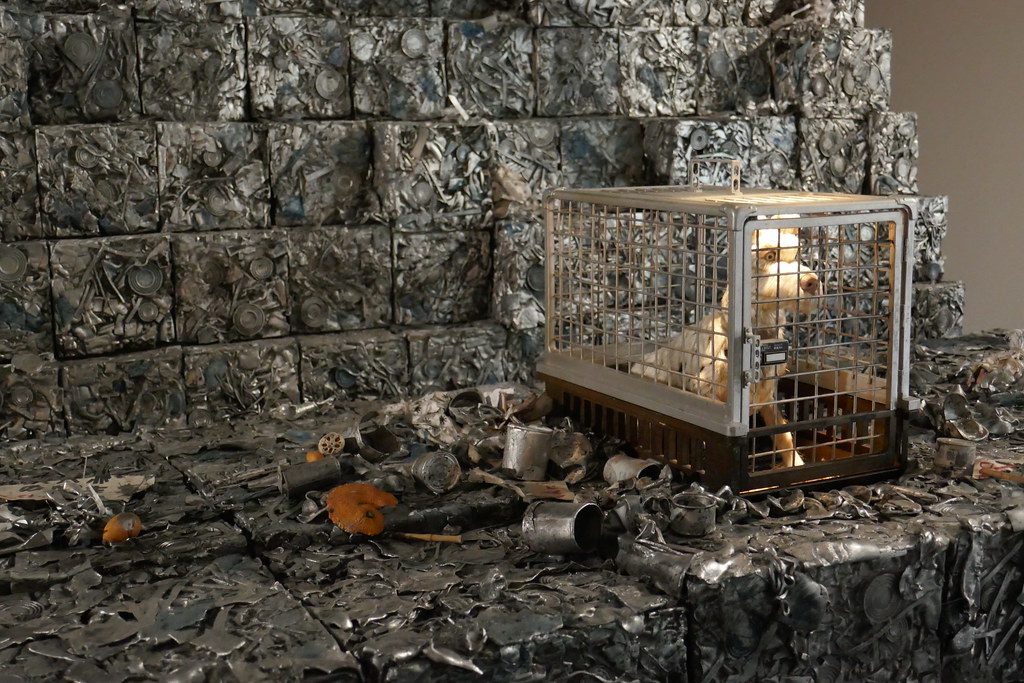 Getting to see such an exhibition where you see the made elements and little details of each of the set pieces they display certainly builds on the interest of such a film. It also gets more interest in the film style itself which builds on the need and want for such stop motion animated films in the future. This for me is always a great thing and I hope to see more exhibitions like this and films like these being made as they make it a piece of art almost with these beautiful objects being crafted by great artists. 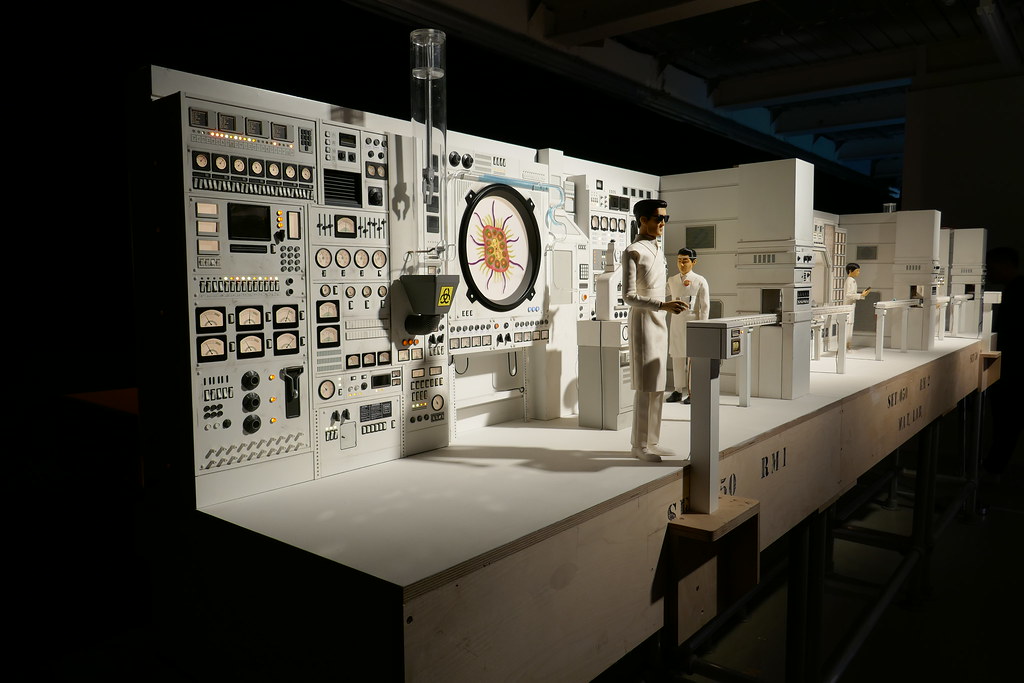 My favourite thing about this exhibition is getting to see all the little parts of the set and learning from these things. This show has really inspired me to want to make more, to work harder to make such things as these in Isle of Dogs. I especially loved the use of lights throughout the sets, like the many tiny little moving and flashing lights of this science lab set. Electronics are something I don’t know much about unfortunately, but whenever I see in-set small lights I think there is something I need to learn something more about. And so I think I shall have to research further into the methods that were used at 3 Mills Studios to create the wonderful lighting. 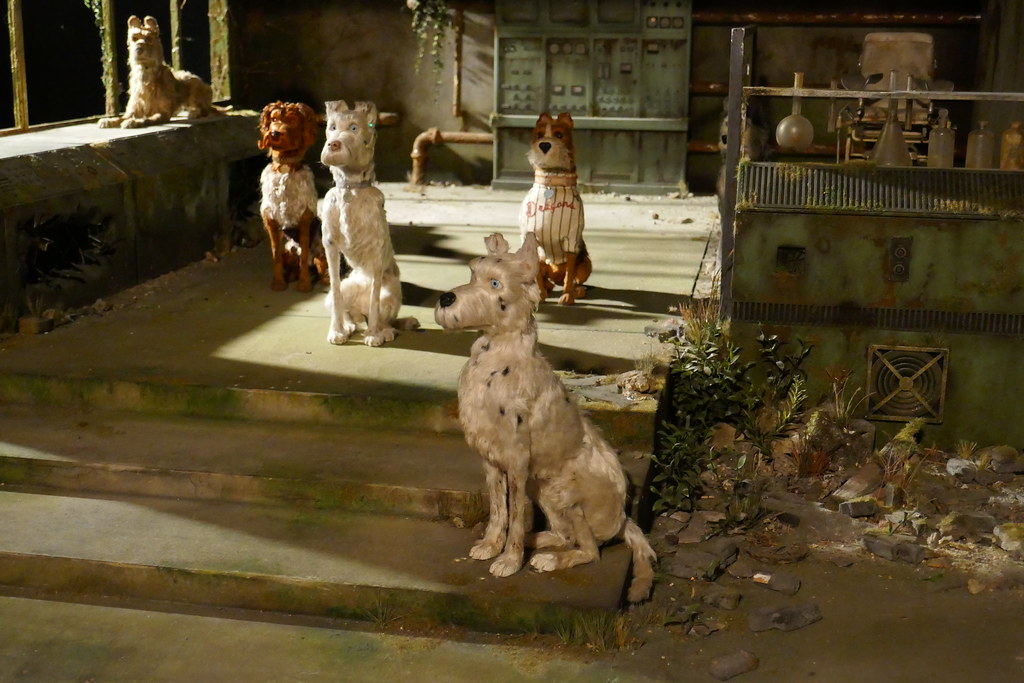 It was wonderful to see the puppets in person too in these perfect final forms. I was lucky enough to see some of the making going on in the early stages of craft at 3 Mills so I saw some of the armatures of these puppets. But to see these these with the armatures covered and the details added, they just look almost unreal with the fur details, collars and clothing added. But of course this technique is the only way to create such a story and it creates a really great quality film as all these little details such as the fur would be captured on great DSLR cameras 24 times each second that would make for a stunning creation of something that never existed before. 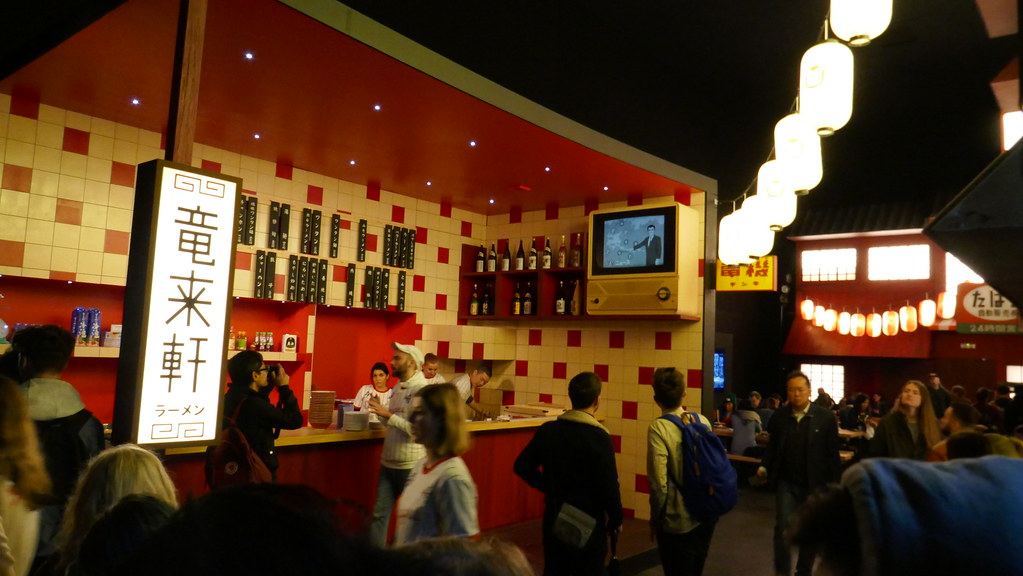 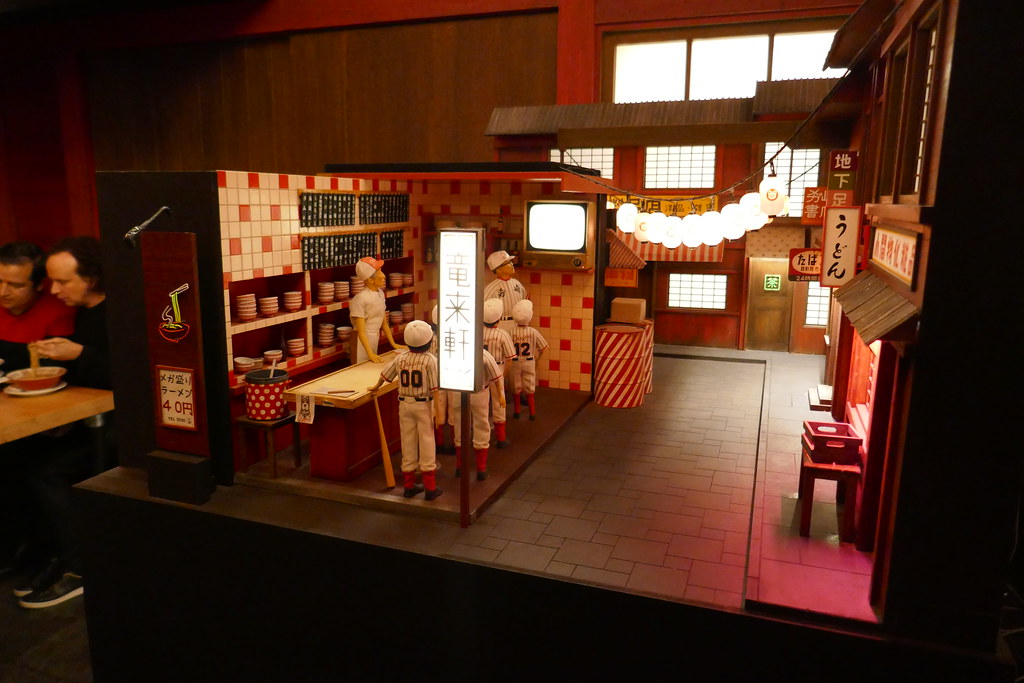 This all sums up why I love stop motion animation, there is so much that can be created with it and shown to others. And this little show about Wes Anderson’s Isle of Dogs is a great show of the wonders of stop motion and topped off with this really sweet life-sized version of the Noodle Bar where they served some food at the beginning of the exhibition. Hope to see more work like this in the future and hopefully work on them myself.

One response to “Isle of Dogs Exhibition”