So last week in some of my last few days off I wanted to make a few more artistic little things before I having less free time with work. And so I thought it would be great to work on a new phone case. I’ve always liked the look of galaxy imagery and thought it would make for a great new challenge to try re-create these. 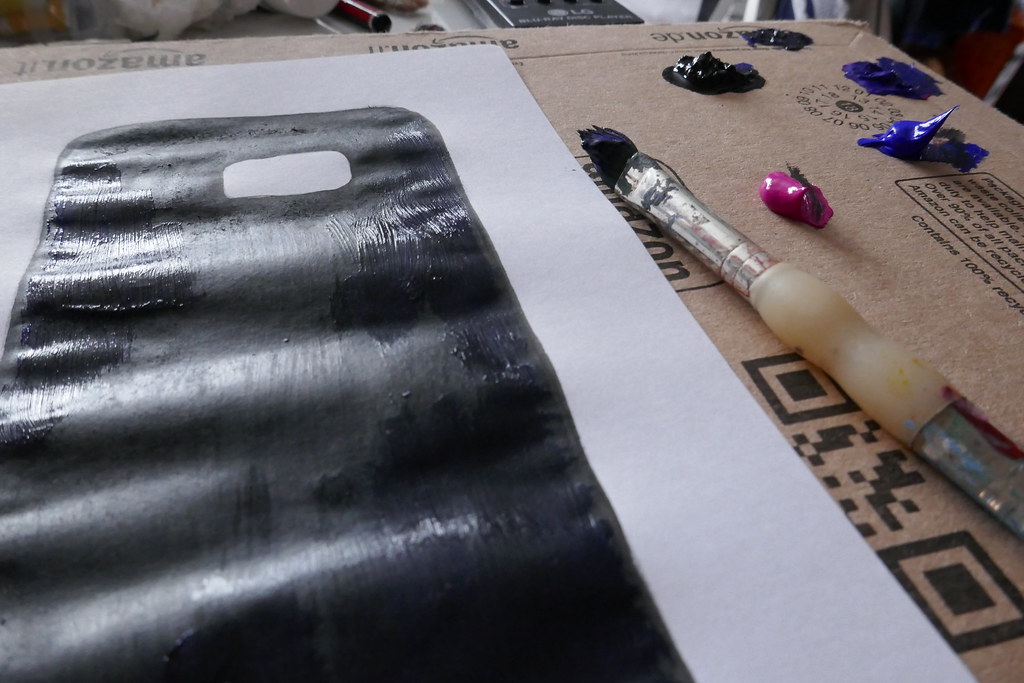 I decided to use acrylic paint I felt these would give the greatest mix of colours and textures to look as though it really is moving and alive like the galaxy is. The white for the stars would also contrast brightly enough to stand out enough. I started with one of the sheets being a layer of black first and then working in the lighter colours on top to flow into the brighter colours of the scene. 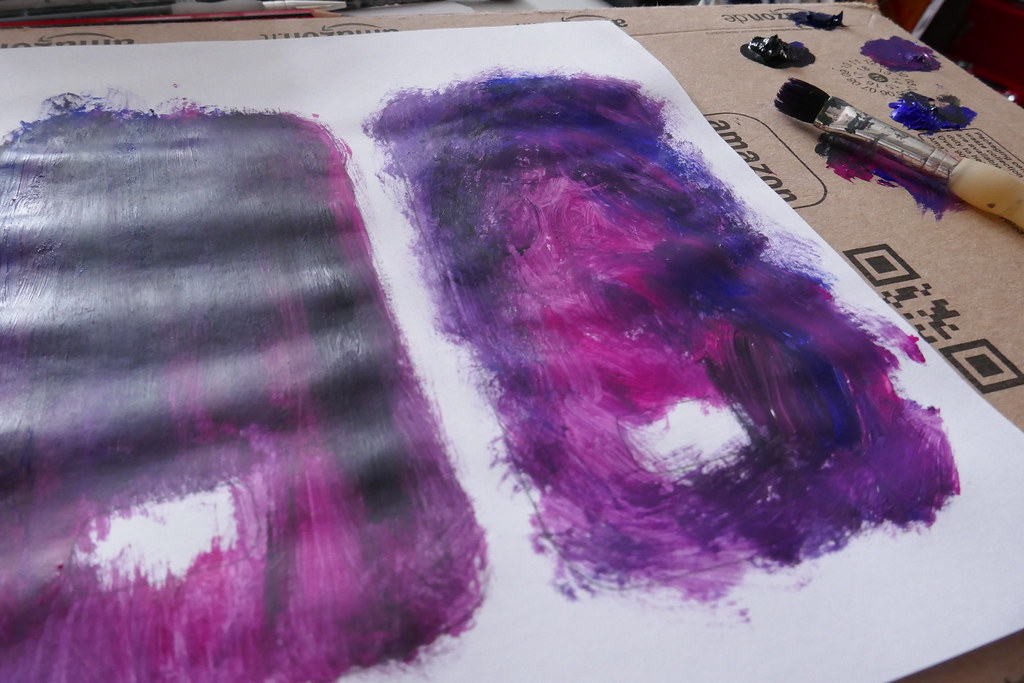 I then worked on two others getting lighter first layer colours each time and really working with each of the different colours, mixing the colours as went rather than before like I would normally go for. This gave it a much more uncontrolled and realistic look I feel than otherwise would have been produced. 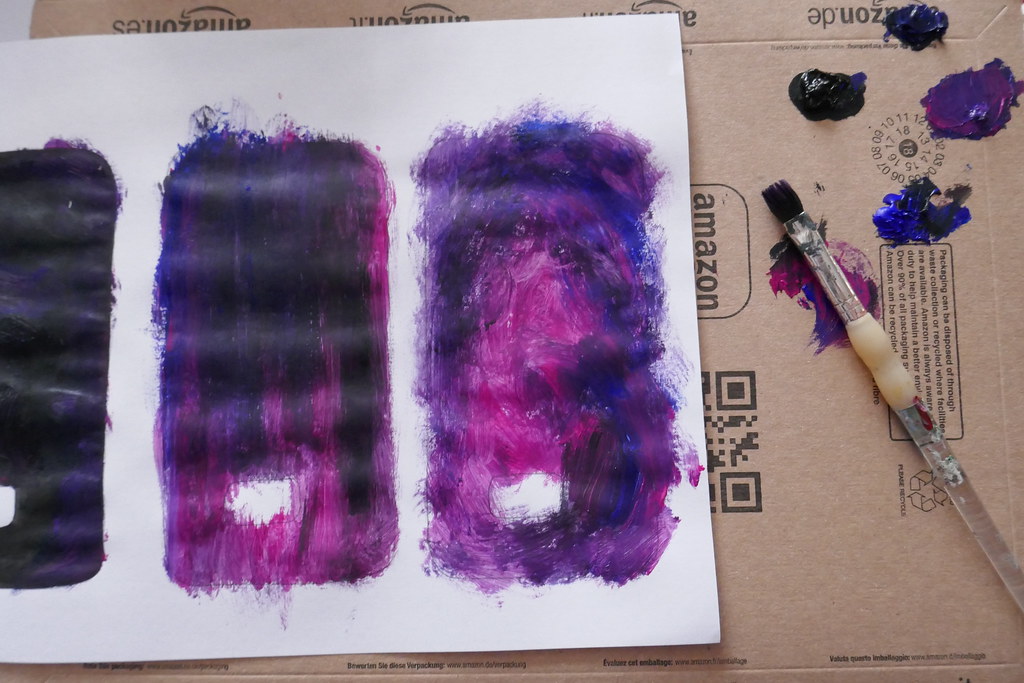 And then finally waited until the bright colours were all dried and began working over them in white paint for the stars. I tried to make them look like areas of different planets that were varying distances away by making the stars different sizes and ares in the pieces. 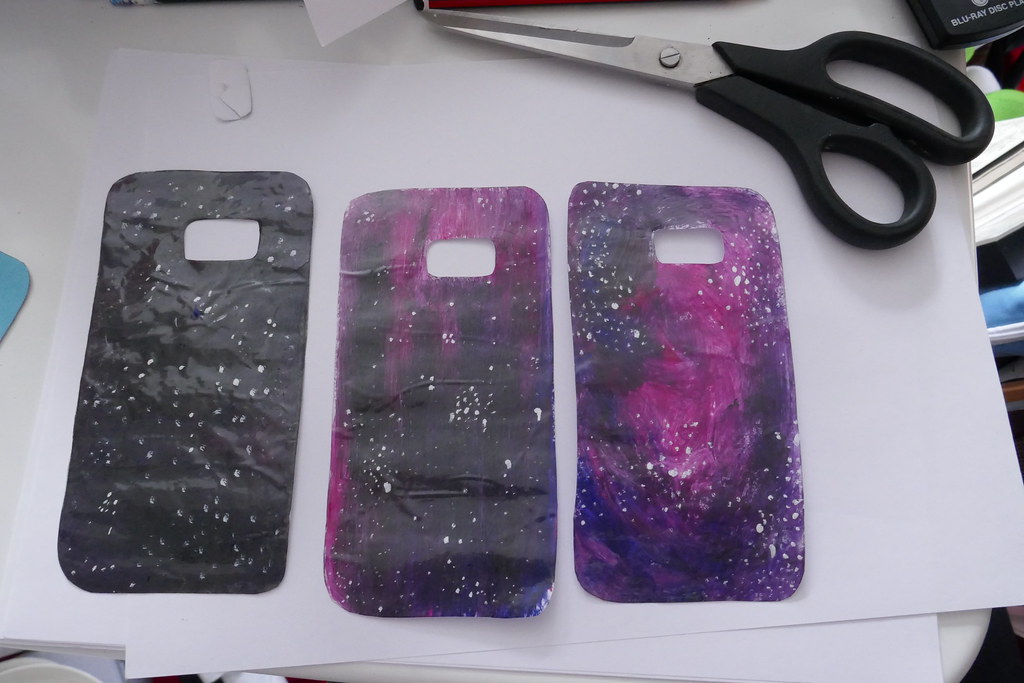 And overall I think these worked best in the final piece I created as it really looks like a mass of light, alive somehow and if not a galaxy it still seems to give of a life somehow which I like. You can see the final phone case in my previous post for March Meet the Maker, Can’t Live Without.

One response to “Galaxy Phone”