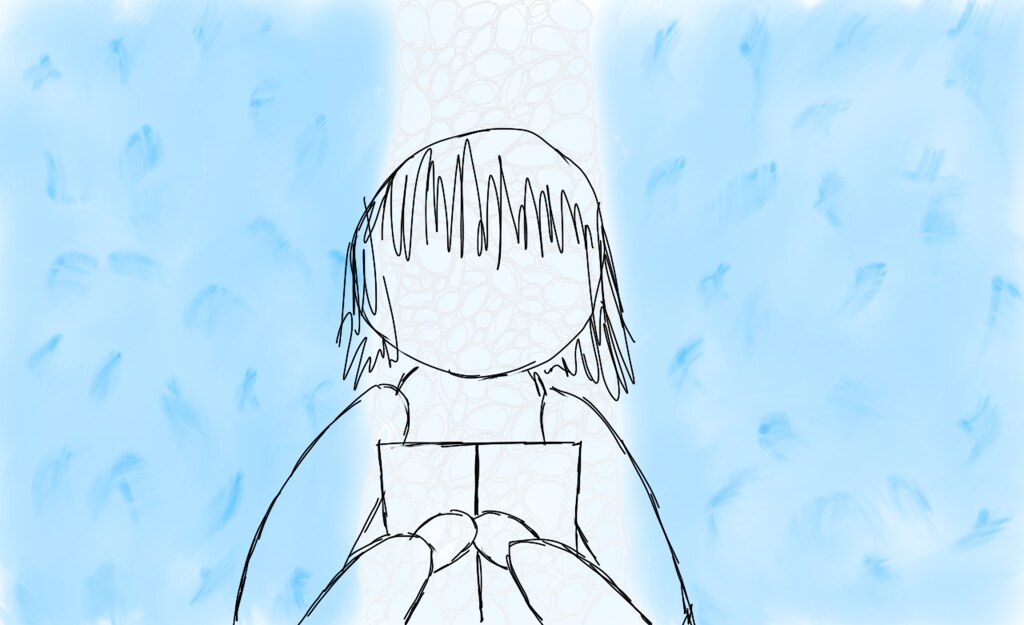 My Animatic developed a lot with the story. I had an initial drawn animatic that followed the original storyline with Carlina being older and coming from work when she discovers the other colours coming through the wall.

This got developed into a younger character when presented as it seemed this would be easier to connect to as an audience and understand. This therefore scrapped out a lot of the scenarios such as work place and the baby’s room ending.

By the time this development took place I had all my designs completed and so found myself editing them to create a much more accurate animatic than my drawn version. It shows the movements and action for the animation well and gave me basic timings for scenes that I could use later for schedules and such.

The story had developed further on from this but these were at later stages in production and so to save time the animatic was kept the same as the focus of this part was timings and I had already worked these out from this.

When it came to the Sound I used the audio from another film I had been looking at in various research I did for this stage. Lost Property by Asa Lucander had music that was just how I had envisioned being in my film. It also showed the minimalist diegetic sound that I plan to have within my film. And so this audio clip was added to my animatic for the pre-production stage to see if this would work as my audio and to also help with music assistance.

One response to “Animatic and Sound Design”