I began working on set designs by looking through my research and inspiration gathered. Focusing on of course the colour schemes and picking out small parts that I most liked from the collections. I shall first go through the set designs that were later to be written out of the story line and so no longer necessary in developing further from this stage: 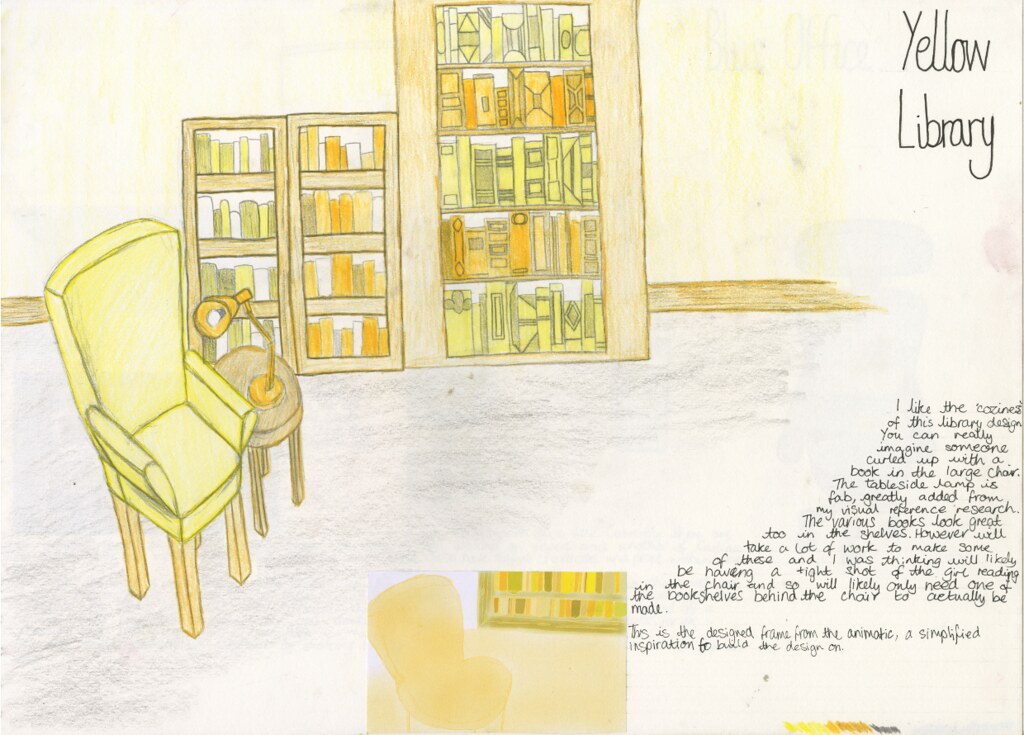 I really enjoyed creating a little ‘hideaway’ sort of library spot for this set design with lots of different styles and colours of book in the cases. You can see how I was greatly inspired by the library animation scenes I have seen and the iconic ‘Pixar-like’ lamp closely by the armchair to read by. It works well cause you can see it being a great set to animate a puppet in, it almost coming to life already.

This set I wanted to feel work like and confined immediately to create these great tight shots of the main character at work in such an environment. This I feel I have captured rather well in these designs with the simple colours, enclosed desk designs and typical swiveling desk chair. This would have made I feel a really interesting set to have made and filmed within.

For this design being that the different coloured lands are now collided and combined this is the design most varied in colour scheme and I wanted to show this combined red and blue feel with the use of purple tones a lot. I feel this set design is great as it has a warm and childlike feel that draws you in. I also was greatly inspired by the real room objects I research into for this such set. Another interesting set design for the making had it remained in the plan for my film.

The following set designs are those that shall remain within my film, each shown in full coloured designs (some developed) and pencil sketches with measurements for ‘making plans’ to make later stages easier to create:

I planned a long set so as to have the most amount of space in which for the character to walk along in when animating the scenes. Overall the design is just as I had hoped and imagined for with a soft tone to it all as a natural feel to the environment. The tree looks really bold and dynamic and the contrasting yellow reflected light contrasts well as seen in the digital frames.

A greatly busy and creative looking room that shows the girls creative style that I had hoped for. I was really inspired by my research with this set, having everything with a homemade feel to it as though she had designed and made parts herself too. Especially with the drawings on her wall. It also has a great business to it that I like that makes it feel greatly lived in too. 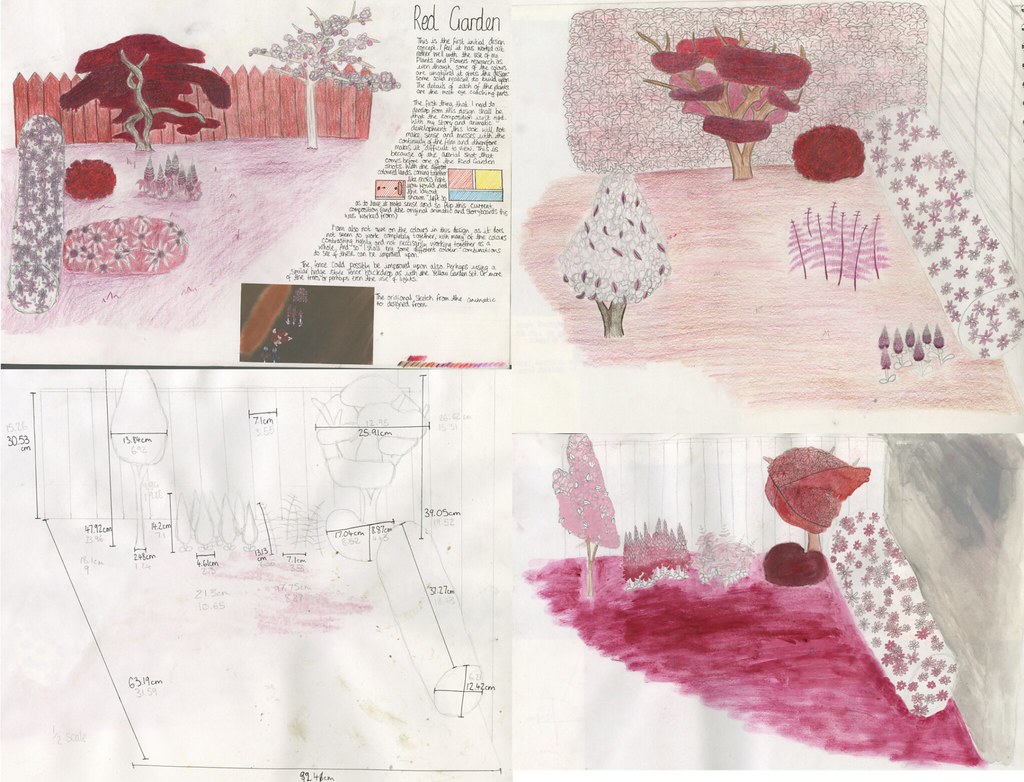 A vibrant and full of life design for a bold garden as I had hoped for, taking great advantage of my plant and flowers research as I had with the Park Set so ass to add a greater sense of realism underneath the design. This was probably the most interesting of designs to work on with each of the slight tweaks and developments of designs so as to improve style and composition, keeping in mind the filming of this and how each of the sets work together in a realistic world setting. and so the final design made most realistic and artistic sense and works most well with it’s layout choice.

This garden design is to be kept simple so as not to over-complicate a short scene usage as this set will be seen on screen the shortest of time for all the sets. Once again I used my plant research when designing the foliage that surrounds this set, layering up with the dynamic large shaped leaves. I like the colouring too of this design as the ground has a great natural texture and colouring to it that makes it strong.

This is the final set design, planning out a shot overhead that I need to have set out before I come to animating it, even if it isn’t another separate built set I need to have the parts all realistically link together in the world set. Therefore this set design works out really successfully and makes for a great outlining of this scene as I had hoped for.

Overall I feel this set designs have worked out well as they each illustrate my desired plans for sets.