Advertisements nowadays are a big industry. They are the way in which something is shown to the world and sold to potential consumers. This is why it is likely that the

for adverts made here. And so it is no wonder that adverts are highly important in today’s world. In the music industry a music video makes for a good digital, visual and sharable advert for a artist or band and therefore makes it the greatest tool of advertisement for them.

Music videos have been around as long as the ability to film has with many artist and groups being recorded during performances. The more abstract animated music videos however are most well known for starting with Oskar Fischinger’s studies of music, animating the sounds of various great classical music pieces. Below is a screenshot of one example of such work. It shows how Fischinger really captures the music style and sounds within his drawings; they become something entirely new and bring the music a whole new life. As Charity once wrote;

‘choreographing spirals and curlicues as if they were his private dancers.’ (Charity, 2008:96)

This is also a great example of advertisement for a piece of music as it opens up the piece to a whole new audience who may not have previously had a great interest in classical music but may, however, have an interest in the visual side of the art with the drawn animation. Thus encouraging these people to listen to the music they may not have previously and perhaps sharing it with others on social networks and internet worldwide making it far more accessible. This means that the animated film grants the music a larger audience and more of a possible consumer use than otherwise possible without the video or with a simple filmed music video.

Since this time music videos have become far more common, especially with shows such as Top of the Pops being televised and channels like MTV which regularly show the videos of the charts and popular artist’s songs. However the current day and age has found marketing for bands and general industry take a has been badly affected, as explored briefly within this journal article

‘The damaging effect of downloading on the music industry has had an inevitable knock-on effect, reducing marketing budgets and meaning fewer cheaper videos.’ (Davies, 2013:53)

Music shows such as Top of the Pops are not televised anymore and this along with MTV no longer playing music videos 24/7 as they used to, the distribution of music along with the videos has had to adapt so as to still advertise the artist or band to the fewer legally-buying customers out there. And so as identified later within this article there is a new media to the music industry advertisements: YouTube which

This has meant a lot of developments for music today as bands or artists and their sounds can be accessed and shared far more freely and easily and therefore get more people seeing the bands that may not have necessarily have done so before. Of course this does not necessarily mean that those people will buy the music but if they like the look of the artist that would mean they are more likely to go out and buy tickets to see them live in concert or at a gig, therefore advertising and selling the artist or band far greater than without a music video to go with the work.

However, to really prove the point of how animated music videos differ, and can generally improve upon the advertisement of an artist or band you can look at the band Gorillaz.

they have completely embraced the idea of an animated band to advertise themselves and use as their branding. So much so that they are known for being animated characters rather than the musicians they are.

‘It’s really enjoying and getting genuinely excited about the possibilities. Not necessarily achieving anything of our ambitions but just going into it with that sort of sense of sort of wonder again you know, like what could be if you got it right.’ (Bananaz, 2008)

They have really managed to capture that passion and excitement within their music videos and band advertisements. Looking at Gorillaz Feel Good Inc. you see the build up of the characters and the storyline of the song, you get brought into the music and its world as it were, in a way that transfixes you and makes it far more memorable than any simple live action music video can, building the band’s passion and excitement in the audience. Especially with the unique and memorable artistic style of Hewlett’s work moulding it, it has an appeal to a wider audience than that of an ordinary band consequently advertising them well, making them more famous and selling more of their music. 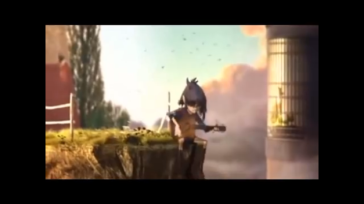 Music videos are a great form of advertisement for an artist or band as they show the musicians and their music together in a playable format that brings the audience into the work. It also makes the audience more likely to view the work as well as listen to it, as a video it is far more interesting a media than simply just sound; therefore keeping their full attention on the work and enjoying it more. Animated music videos strengthen the industry as these videos take on a whole new level and style that many people enjoy and would want to watch regardless of the music. This will only widen the audience and sell the artist or band far more. So animated music videos have a greatly positive effect on the industry.

This is the final week wrapping up #MarchMeetTheMaker, looking at my first art reel, the range of art I sell and some things I am looking forward to in the future..

All of these items are available on my Etsy Shop Now..